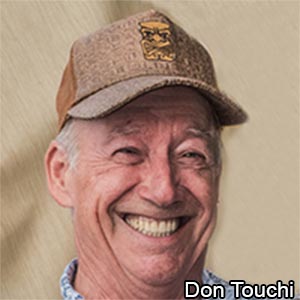 Dave was born in 1945 and grew up on a farm in North Central Kansas. He graduated from Kansas State University in 1967 with a B.A. in English, moved to N. Illinois in 1967, and has lived in the DeKalb-Sycamore, Illinois area since then.

Dave's mother was a music teacher and she "let" him start piano at age 8. Dave also played snare drum all through school, started playing guitar in 1964 and then took up the Dobro in about 1972. In the early '70s, Dave played guitar and Dobro semi-professionally performing at clubs and festivals around Illinois, Iowa, Wisconsin, and Missouri, teaming up with Vassar Clements whenever he was in the area. Dave has played in several other bands over the years, again, playing at local clubs as well as regional festivals.

In 1995, Dave was one of the founders of the Northern Illinois Bluegrass Association (NIBA). He ran it for six years, published the monthly newsletter, and promoted three bluegrass festivals during that time. After hearing the Hawaiian lap steel Dave became hooked and started playing Hawaiian lap steel in 2005.

Dave also builds 'ukuleles and guitars, and collects, repairs and re-sells used instruments. He still plays solo guitar and lap guitar/Dobro, but he plays mostly lap steel in The Wacky Keys, a Hawaiian-themed trio. Their motto: "All music is Hawaiian"!!

Copyright ©2018 by Hawaii Institute for Music Enrichment and Learning Experiences, Inc., and Cyberventures Unlimited.Terms of Use